Long time, no see people of the blog world!  It's been hectic at work and at home.  Back to our originally scheduled program...

On Thursday, the struggle was very real for Tucker.  Two trips to the show grounds (and one long, long walk backwards) on Wednesday were showing their affects and Paige had to carry him around the ring a bit. 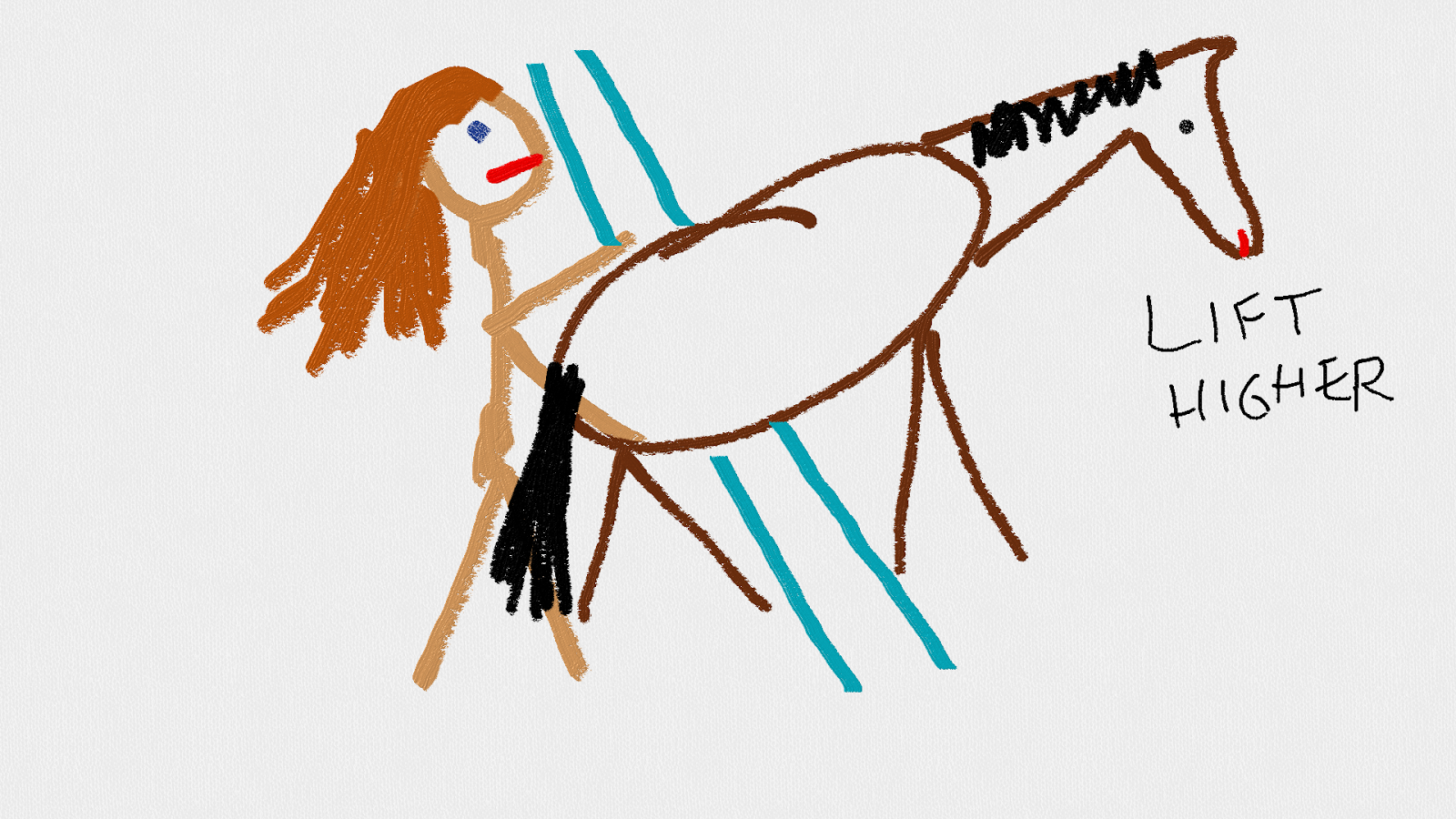 The jump crew tent was it's usual three and a half sided horror show with the 10 guys inside moving around in completely random and unnecessary ways.  Such is life at a horse show, but after jumping around the first half of the course beautifully, Tucker took great offense at these guys.  The good news is he was about six strides out from a jump when he decided to take umbrage; the bad news is his combination of "not going there, not gonna do it, wouldn't be prudent"* and Paige's "you're going to there,"** they ended up sort of parallel to the jump about two strides out.  A circle was made and although Tucker was not especially enthusiastic about going that way, he jumped the jump and on they went. 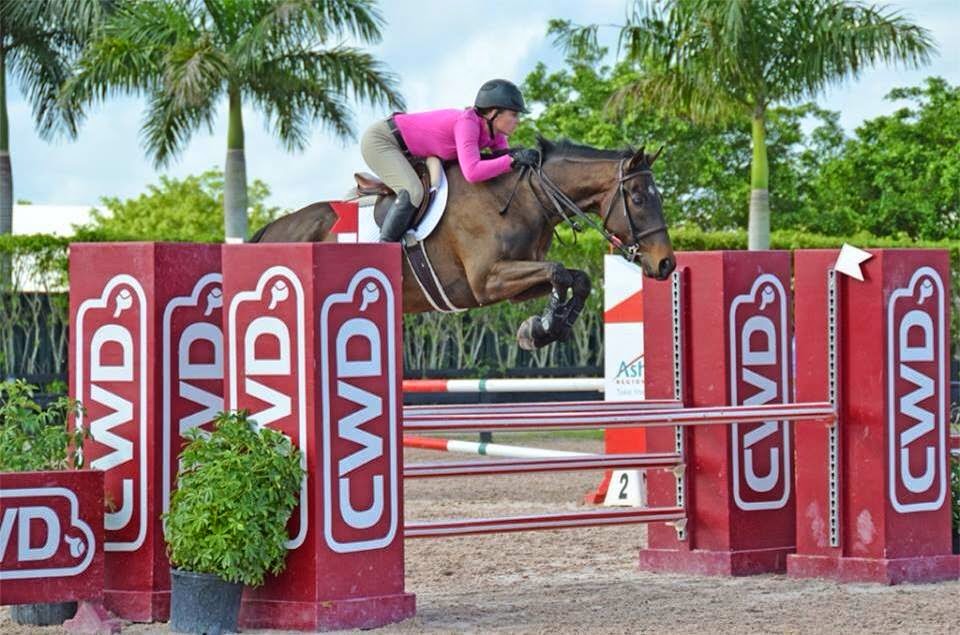 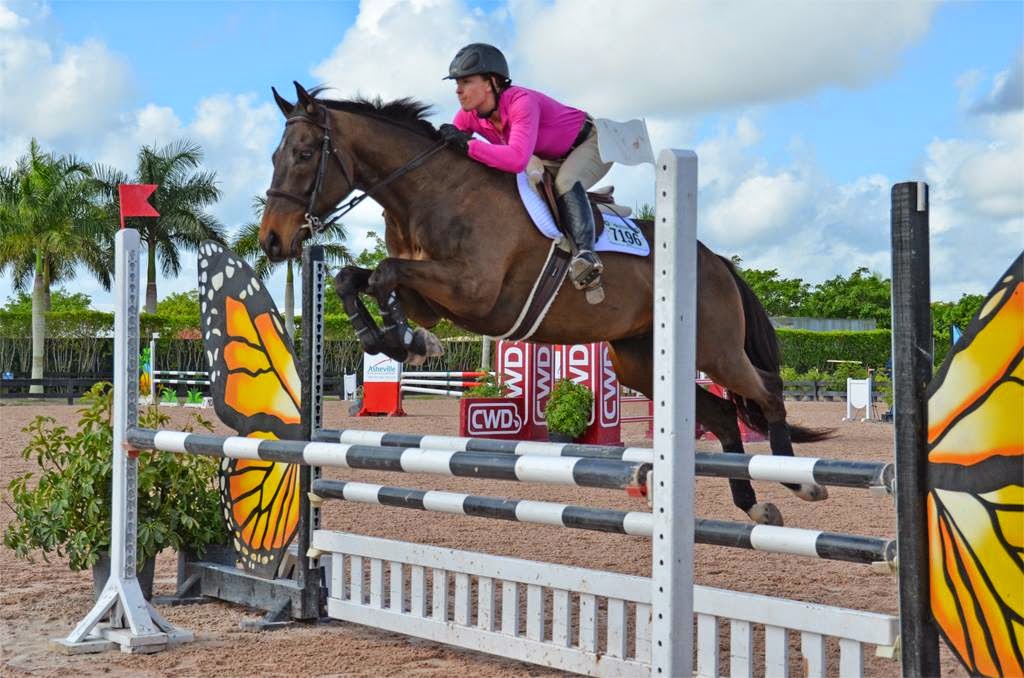 WEF is over and I am now living vicariously through photos, hence there being a lot.

Somehow this put them in 2nd place out of 5.  I think one ended up not being able to show papers and was disqualified and the other two had enough penalties to be dressage scores.  I was happy because 2nd place pays pretty well and my Wellington bill could definitely use some help and Paige was happy that he was honest about all of the jumps, even though he was tired.

In my happiness I decided to take Trish up on her offer to try the Game Ready on Tucker.  The machine consists of some boots that circulate ice cold water through them while applying compression.  Within 2 minutes, it looked like some roofies had made their way into his water because he was OUT.  Lower lip drooping, head hanging on the cross ties and jarring movements every few minutes as he caught himself falling over. 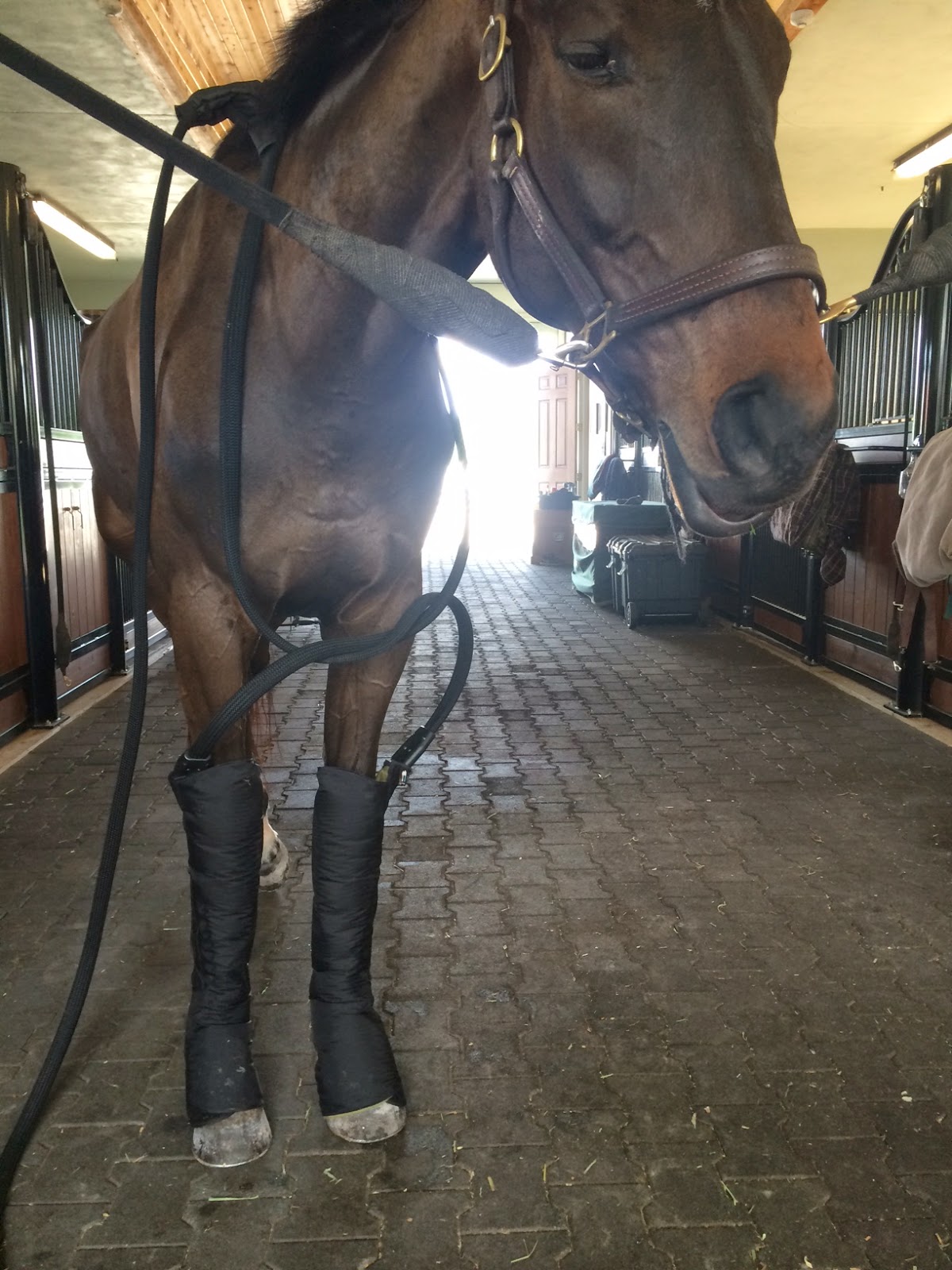 After two second place finishes, I was getting greedy.  I wanted Tucker to show the 3rd day of the division so he could win champion.  This is really petty to admit, but I covet in the deepest realms of my soul a WEF champion cooler.  I covet it in every other realm of my soul, too, but it goes all the way down.  I tried to talk Paige into this being a good decision, horsemanship-wise, and she politely reminded me my horse was drooling.  We (they) ended up being reserve champion so I still got a pretty ribbon, and of course, a sound and happy horse which is the most important thing.  There is zero part of me that still doesn't want one of those coolers (pretty sure they rank higher on the status symbol list than even the Hermes belt du jour), but.... another time.  It's pretty cool my 5 year old failed racehorse who was doing the 2'6 hunters jumped around the 3'3 jumpers like it was no thing. 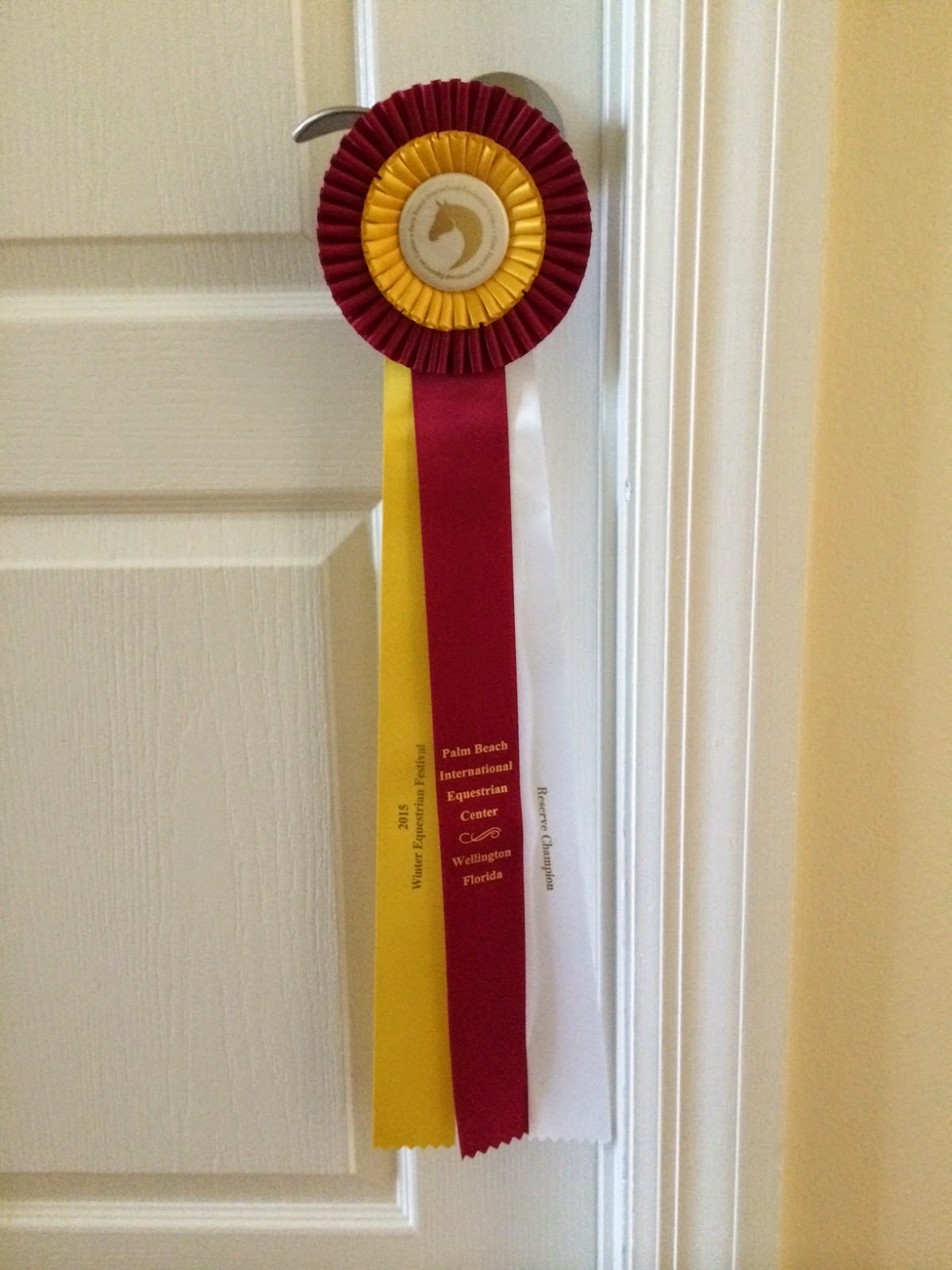