The caterpillar becomes a beautiful butterfly

As previously mentioned, we decided to call Tucker on his “I’m fast” bluff and steer him to the jumpers for week 9.  It is technically his second full week here, but more than a standard calendar, horse show weeks are how time is marked in Wellington.  Paige spent Monday convincing Tucker that he could move his front and hind ends separately (Tucker:  what?!) but also together when requested (Tucker:  WHAT?!).  She also tried to get him pushing behind without leaning on the bridle (Tucker:  WHO WOULD ASK THAT?!).  He jumped well enough to earn himself a spot schooling in the jumper ring on Tuesday.


I was very curious to see what Paige had to say when she called to report on the show schooling ride.  I did NOT expect her to say that he jumped really well and while most of the course was 2’9, there were some 1.1m oxers that they jumped because they were there and well, Paige is much braver than I am.  Oh, and one of them had a Liverpool** that they marched right over.  I have to confess, prior to this if someone had told me they jumped my horse over a large-ish Liverpool, I would have laughed in their face.  Tucker is generally pretty brave to the jumps so it’s not even the Liverpool, it’s just… well, frankly, I wasn’t sure he could even jump that big.  Monty awarded apples and carrots because he is awesome like that.


Wednesday the showed in the .85m jumpers and yes, surprisingly there IS a smaller class.  Other than having a small panic attack at a three-sided tent containing a jump crew, Tucker was a brave guy and went around clear.  Paige’s husband (also awesome) took some pictures and as you can see, it is not surprising he left all of the jumps up.  There are several more pictures of him jumping in his more usual form but all in all we were both very happy. 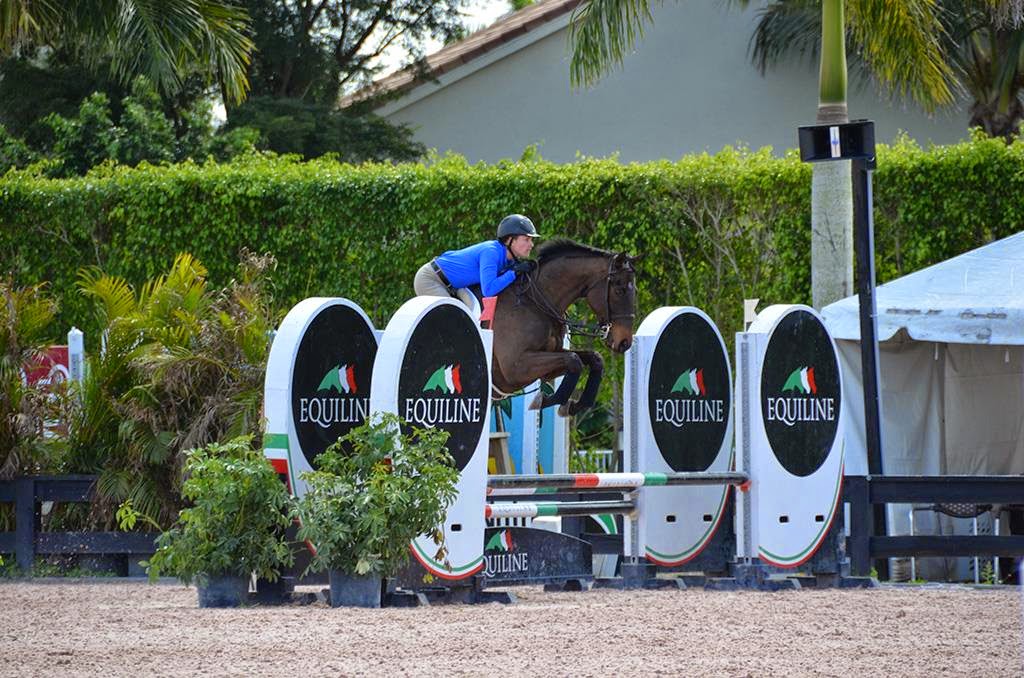 We entered him in the .95m class the next day but Tucker read the entry wrong and thought we signed him up for the 1.2m, so he went ahead and jumped the bigger jumps that were visible to only him.  Paige had told me he was brave and jumped very well, but I wasn’t quite expecting *this.* 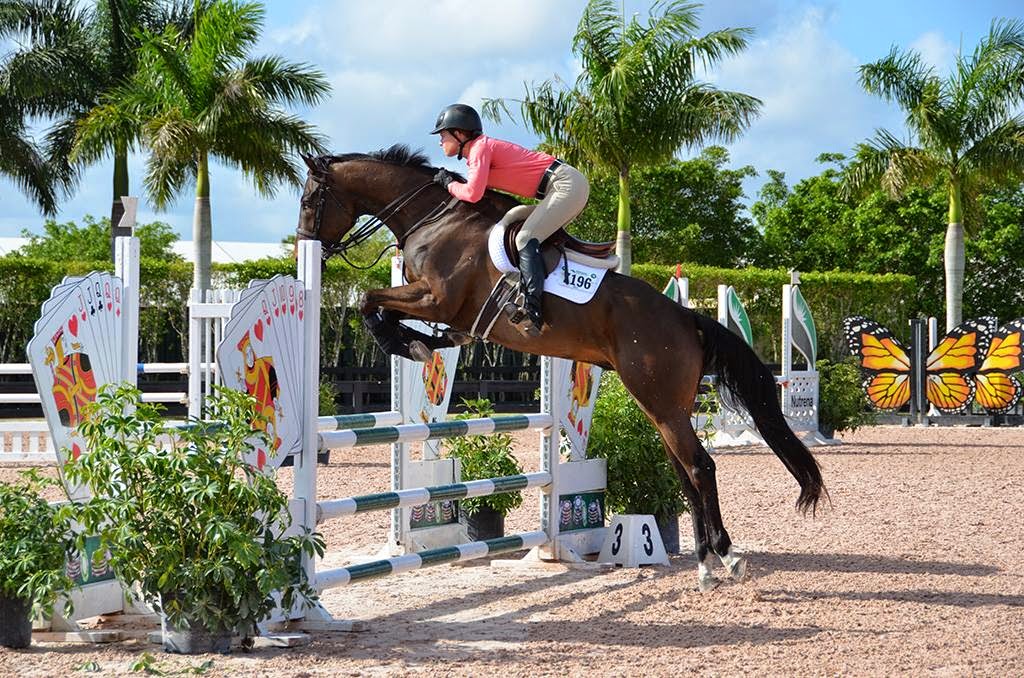 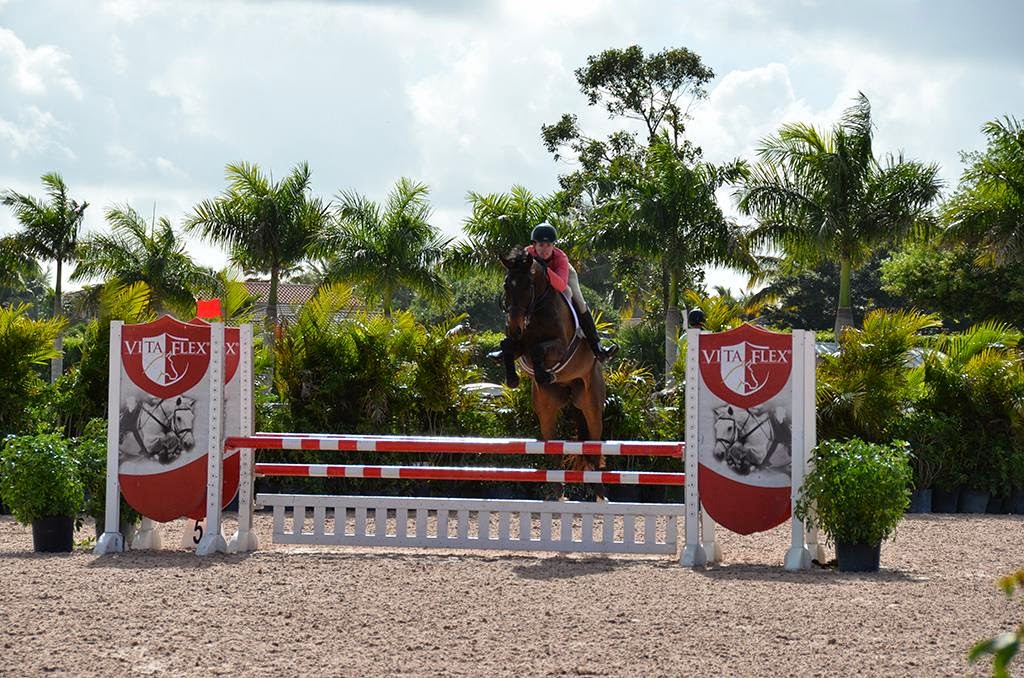 I have said many times I don’t care if Tucker is a hunter or jumper, I just** want a well-behaved horse that can do the adult division.  The adult jumpers go to 1.15m so I didn’t really want him to be steered to jumpers if he didn’t have the scope for that.  It was a very real question for all of us until this week.  Clearly he is not doing the 1.15m’s during this Florida, but it is fabulous surprise to discover what may be in there.
*I know, we all “just” want a horse that behaves perfectly at home, at shows and on trails alone or with others with no prep.  A large part of why Tucker is doing this trip is an attempt to become one of these civilized unicorns.  Did I mention I extended his stay two weeks? I continue to laugh (cry) in the face of financial caution.  Really, he is making such great progress that I want the experiences to continue.  Also, it was 3 degrees the other morning, and who wants to go to the barn in that?  Are poor decisions due to bad weather tax deductible?  Because they should be.
**spellcheck insists Liverpool be capitalized.  It is not my doing.